With the impending release of a Ghostbusters movie, the team at Sony reached out to us about creating a unique and fun April Fool’s prank to formally start their movie campaign marketing.
THE IDEA

With April first fast approaching, we met with teams at Sony to discuss potential opportunities, before landing on something that could be achievable and semi-realistic, while easily seen through with enough perception; we’d create a formal blog post on the official Sony website discussing their new creation, the Proton Pack. Alongside social creative to be posted on April 1st directing users to the blog, authentically crafted to match their ongoing product lines. 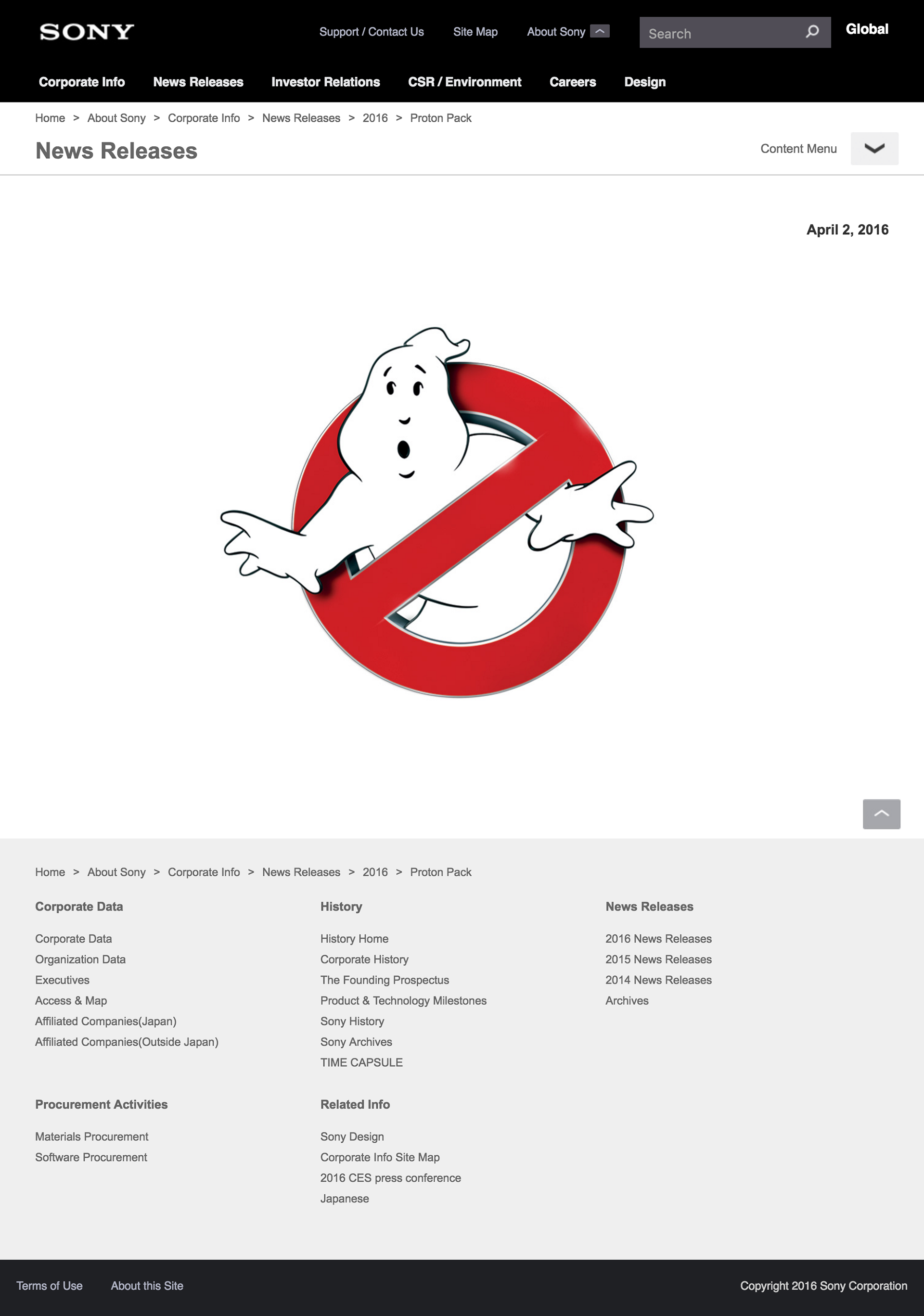 With access to movie assets and props, we went about shooting production photos and videos of the Proton Pack in a variety of ways, along with modeling 3D renders to act as a breakdown of the device. The terminology, and verbiage required a lot of fine tuning with the US and Japanese teams, including executive approval from Sony CEO Kaz Hirai, due to it’s placement and “official” stance on the public relations blog. We mimicked designs from the Sony website to create our own product page on proton-pack.com, which would automatically change into a Ghostbuster logo on April 1st, to cement the Fool itself. 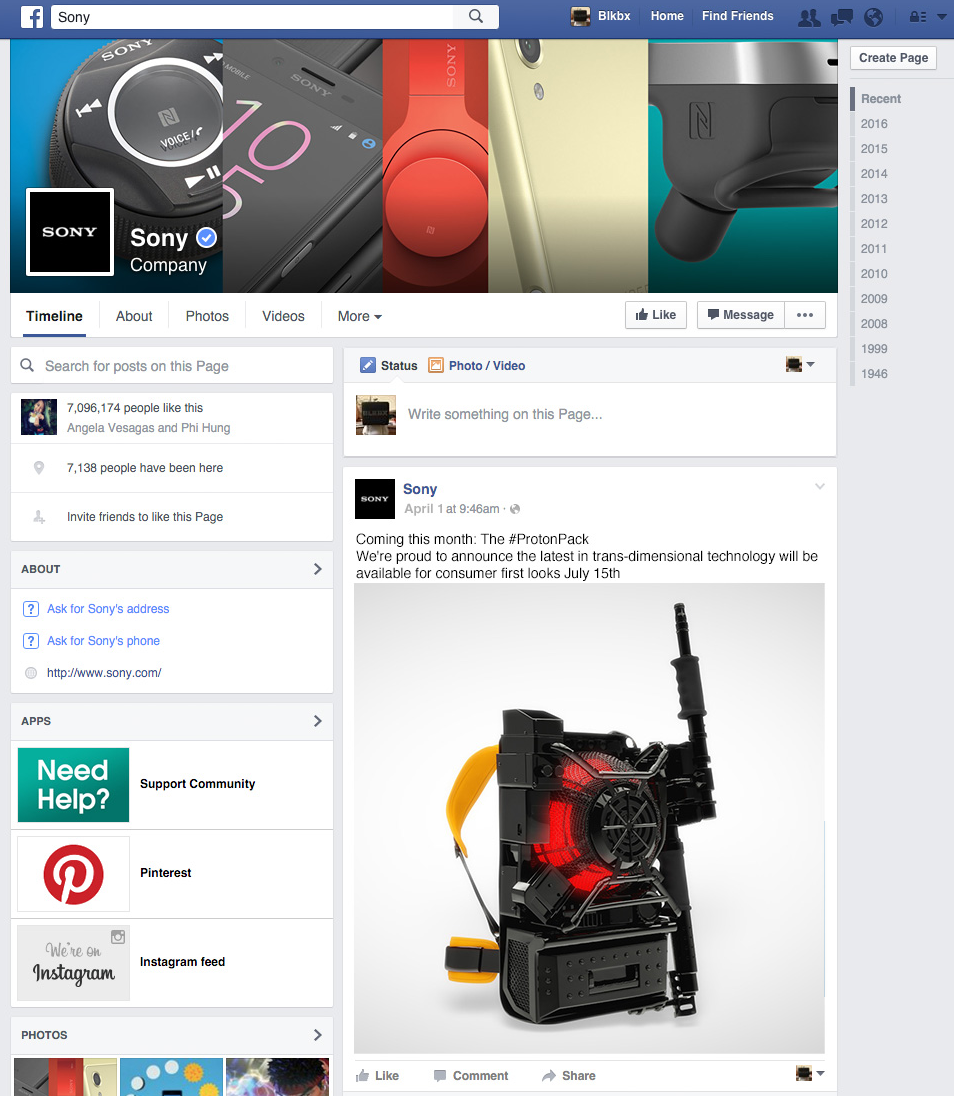 With articles discussing the announcement across CNET, BoingBoing, Mashable, The Verge, EW and more, the traction around it’s announcement and release caught a few unaware, but the discussion itself was praised overall as a way for fans to get excited for the upcoming movie.

The Last of Us LIVE