With the approaching release of Assassin’s Creed Unity – the seventh major installment in the series– Ubisoft turned to us to promote its first next-gen exclusive title in the franchise. Our task was to develop a year-long campaign, from pre-announce to launch, with a multi-channel communication strategy that would engage, educate and entertain fans. 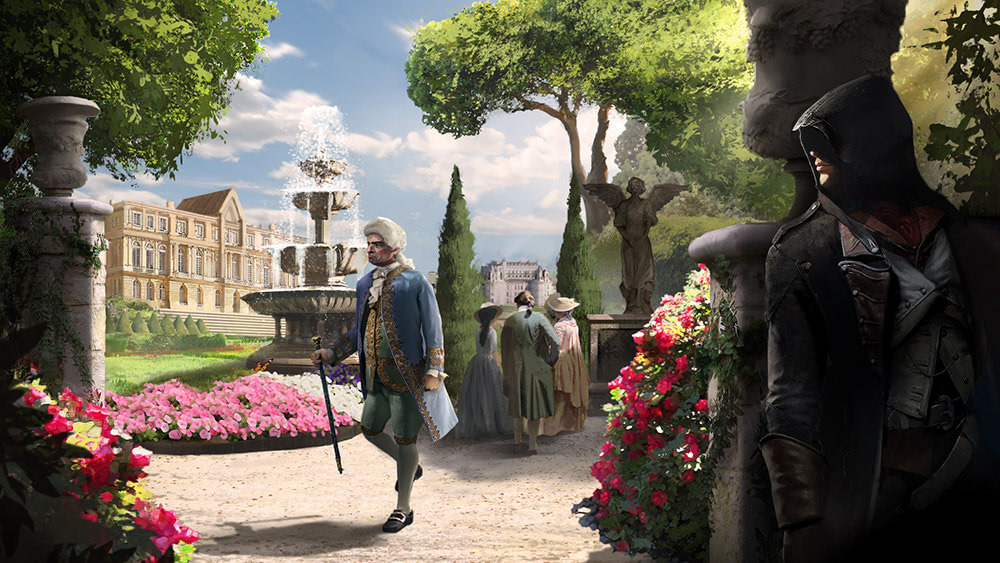 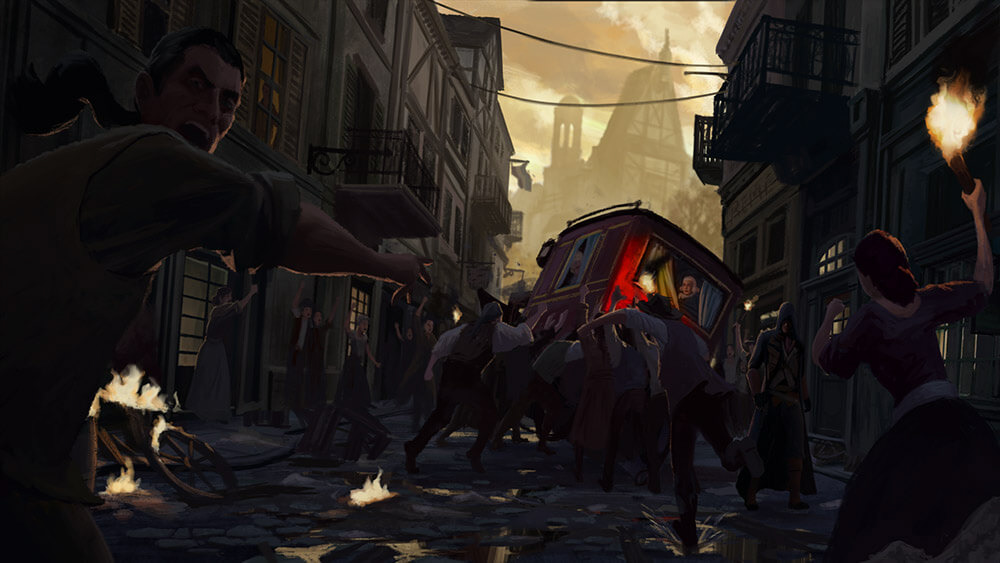 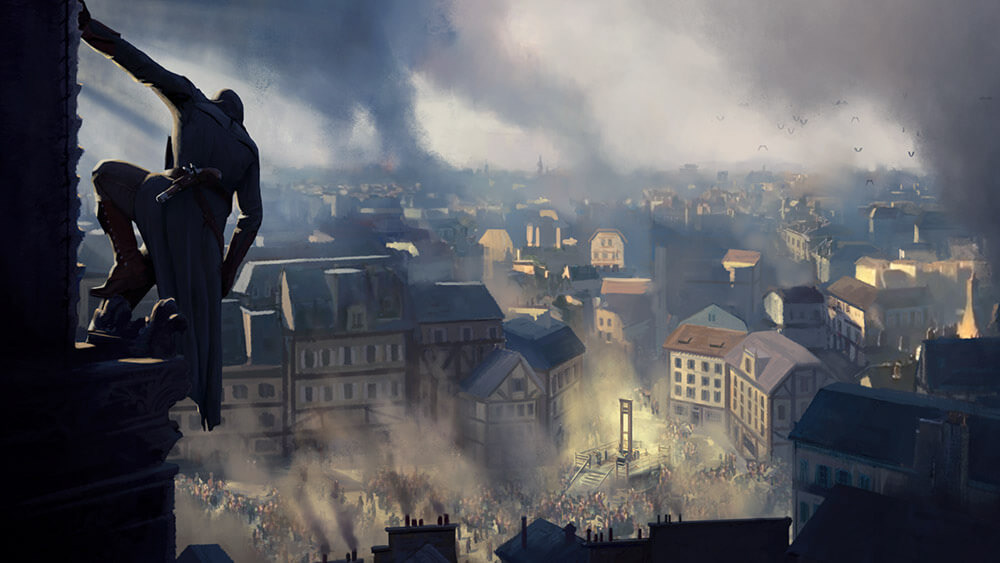 THE IDEA
The French Revolution was the setting for Assassins Creed Unity, so we aimed for a campaign that would be nothing short of revolutionary. To deliver on this incredible task, we knew that we had to emphasize the aspects of the game that made Assassin’s Creed the most successful action/adventure franchise worldwide: the mesmerizing historical backdrop and open-world epic adventure. We also had to bring the information to the people, with content formatted specifically for the social media platforms where gamers hang out. By leaning on the franchise’s strengths, we amplified the excitement of existing Assassin’s Creed fans and used it to influence a broader, more mainstream audience. 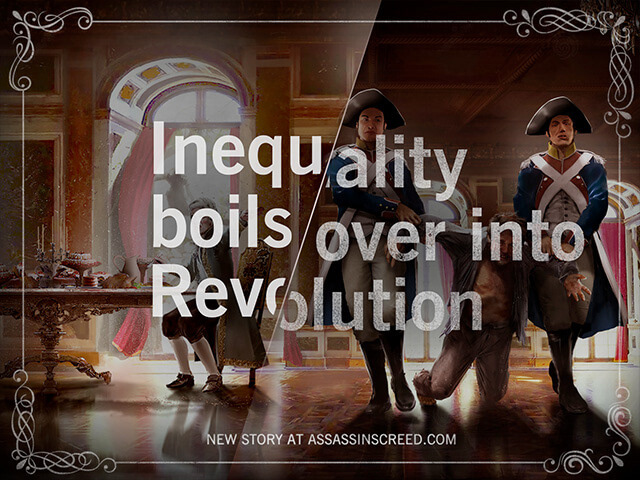 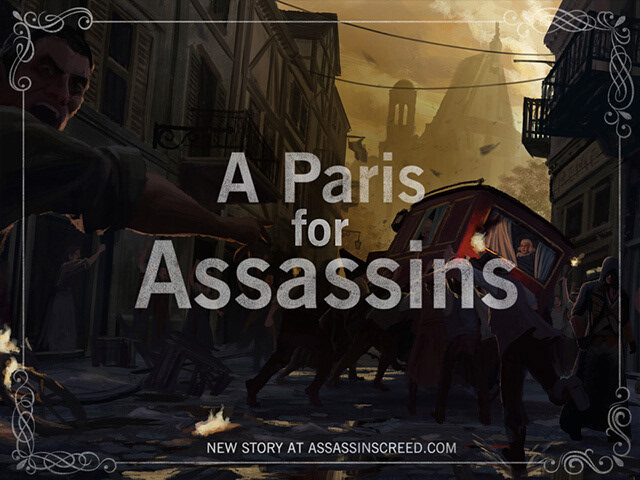 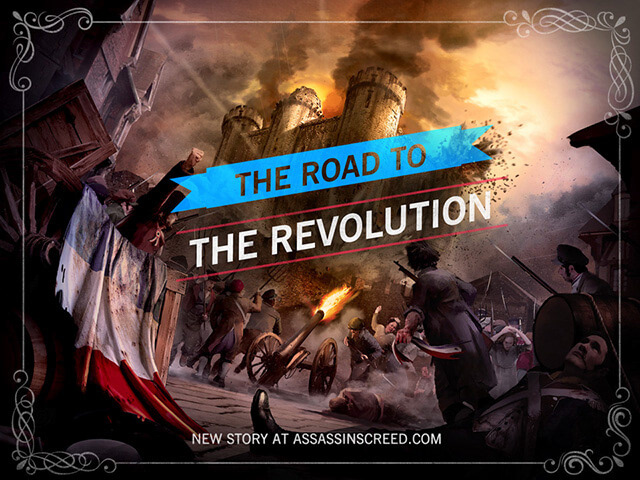 THE EXECUTION
We developed a timeline of content releases that revealed details of the game layer after layer, consistently engaging the audience throughout the year. E3 was the first milestone we set our sights on. To kickoff the campaign, we drove pre-announce buzz by releasing an ordered series of visual assets leading up to the day of the event. For the day of E3, we held an all-day war room where we engaged the community and influencers alike with real-time responses and custom social assets. In one day, we generated over 15 million impressions and 7,800 engagements for the brand throughout social media.
Following the event we released a series of interactive digital experiences on the Assassin’s Creed website. Each chapter introduced some aspect of Unity’s revamped gameplay mechanics and immersed gamers in the rich world of 1790's Paris. To drive traffic to the experiences and increase our reach, we adapted the web experiences into hundreds of social media assets optimized for Facebook, Instagram and Twitter. 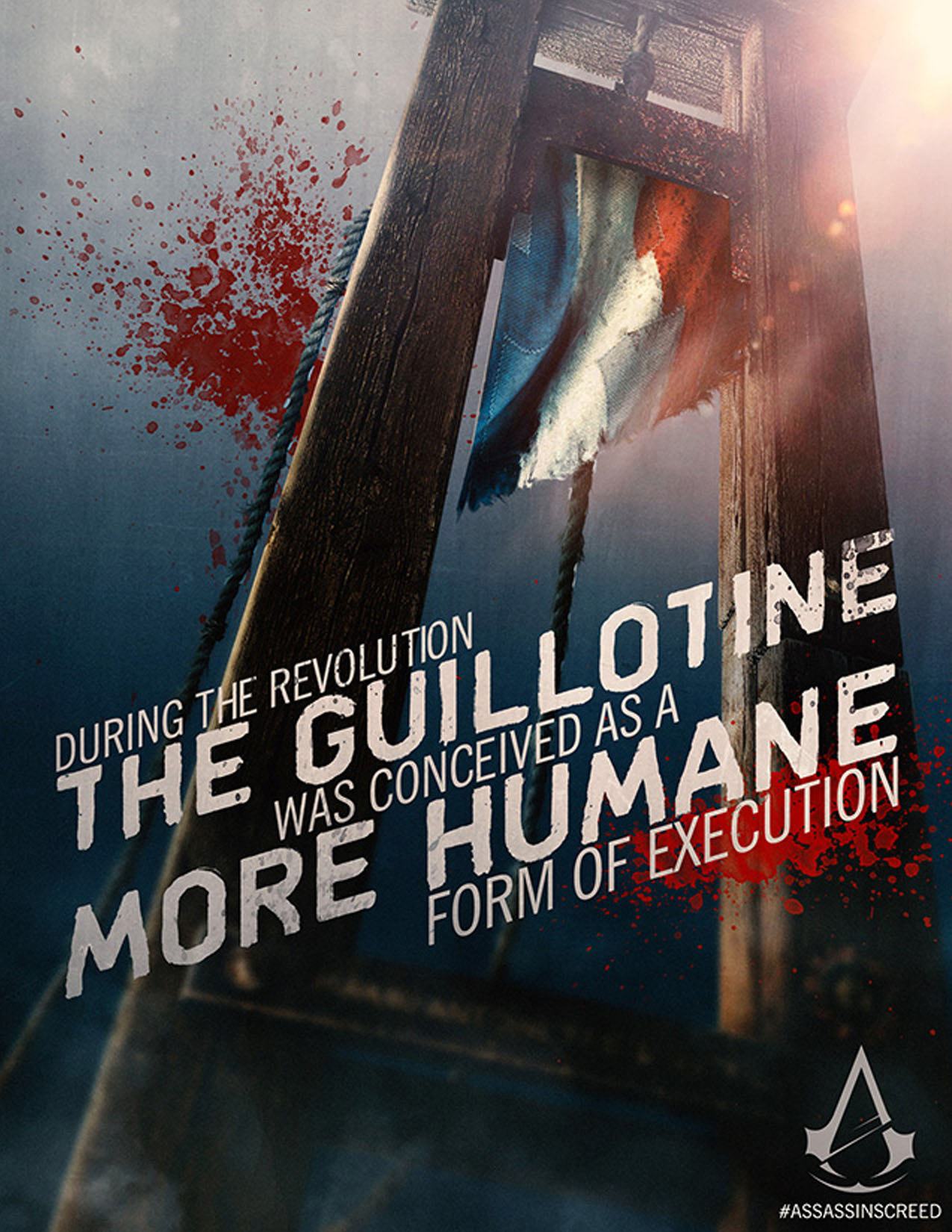 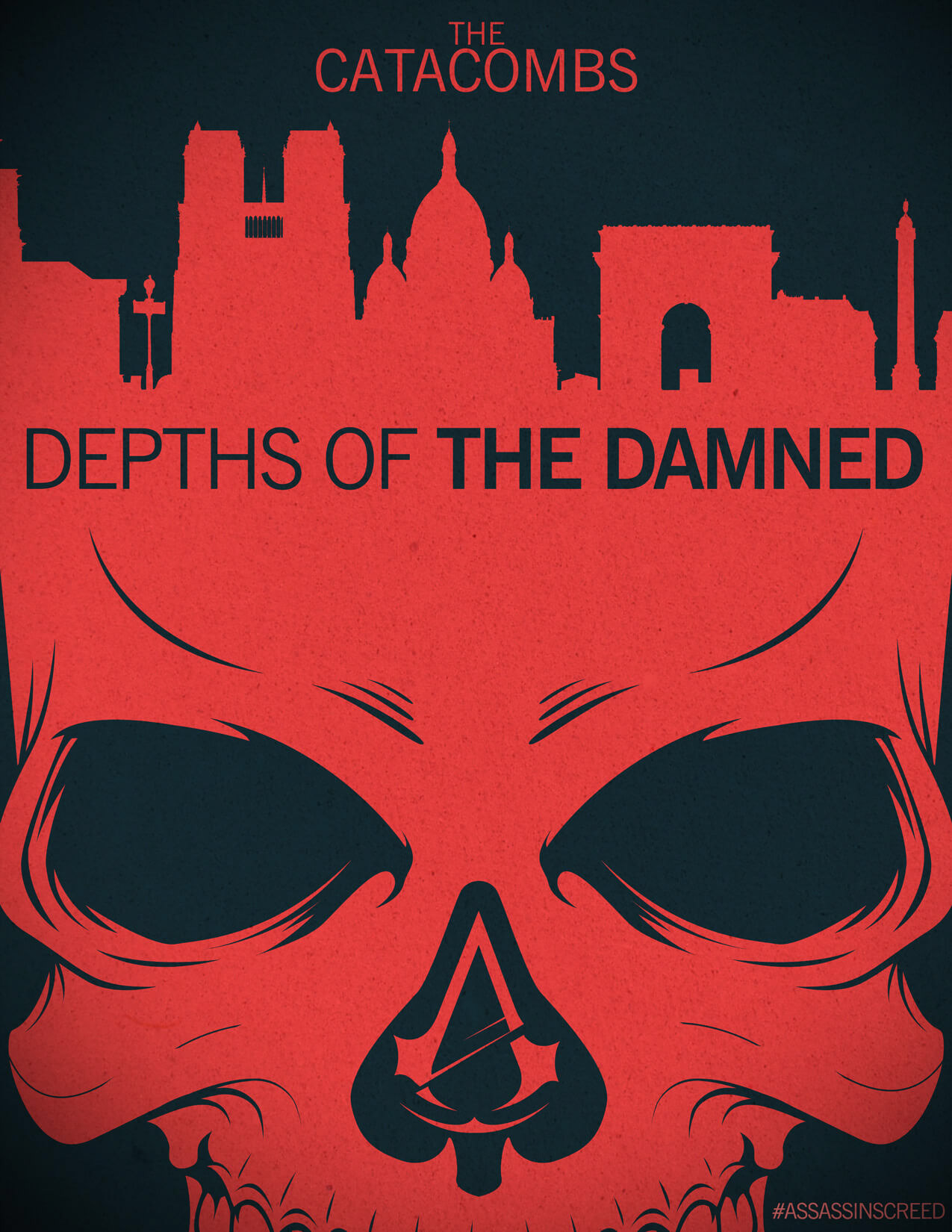 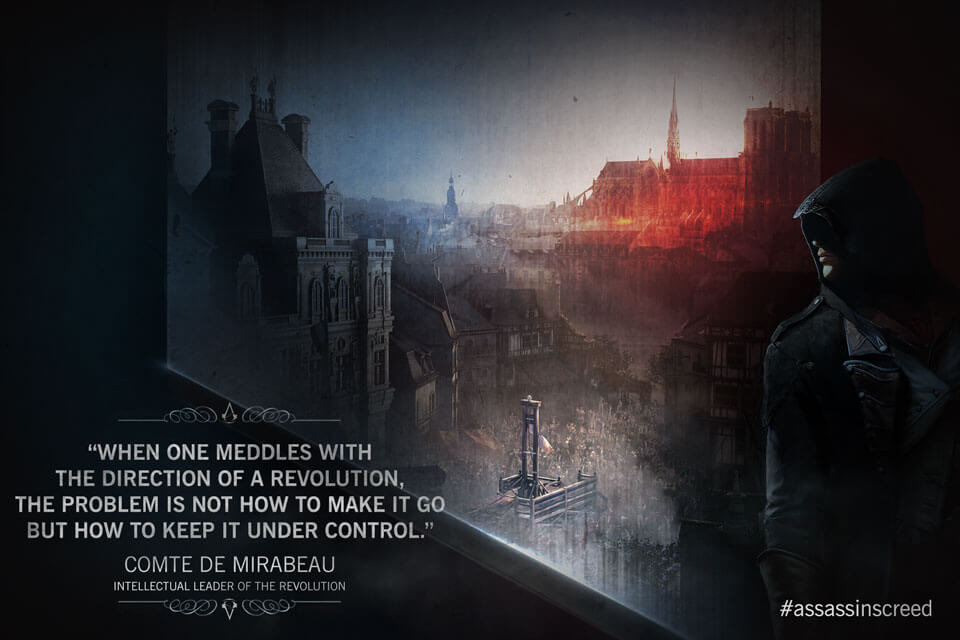 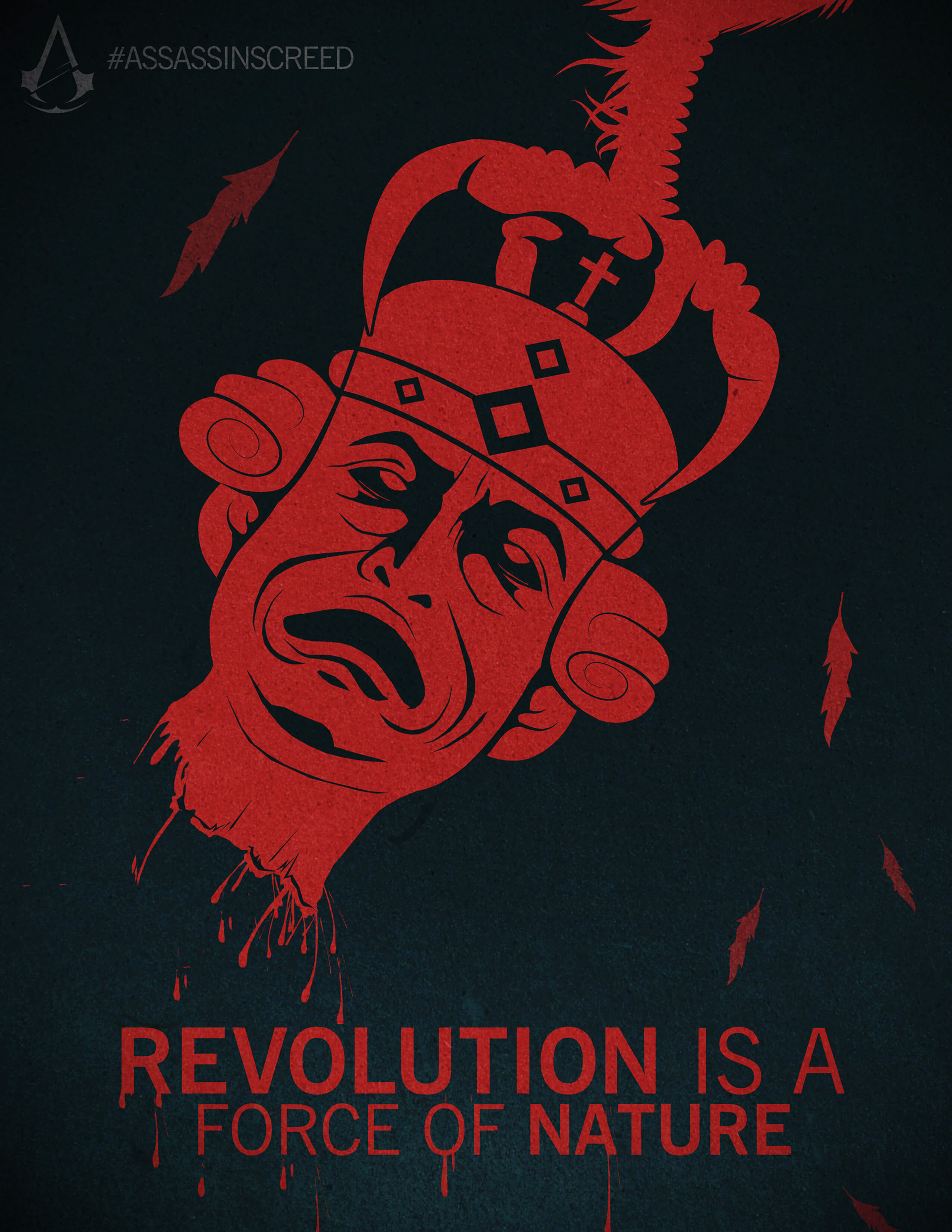 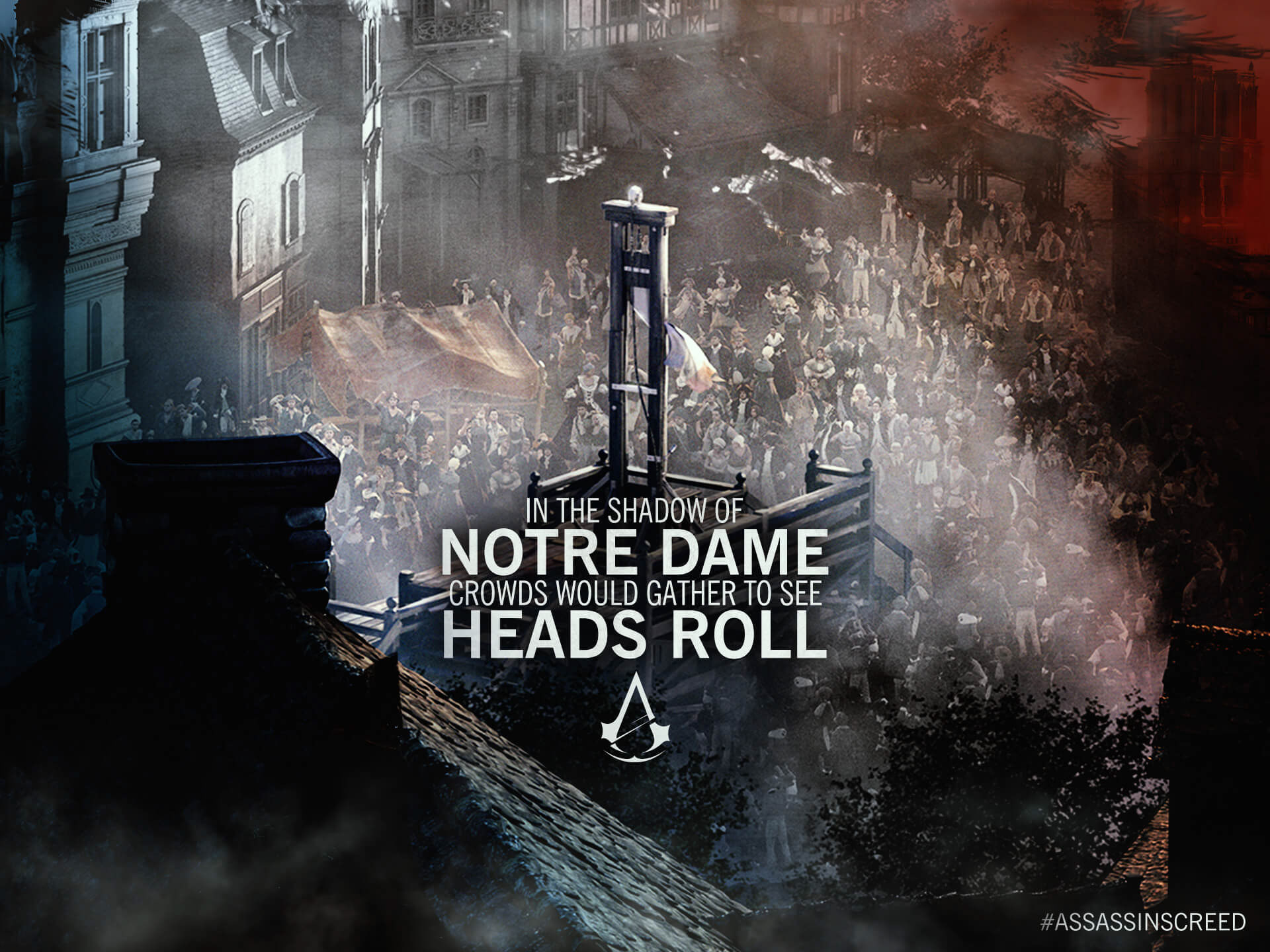 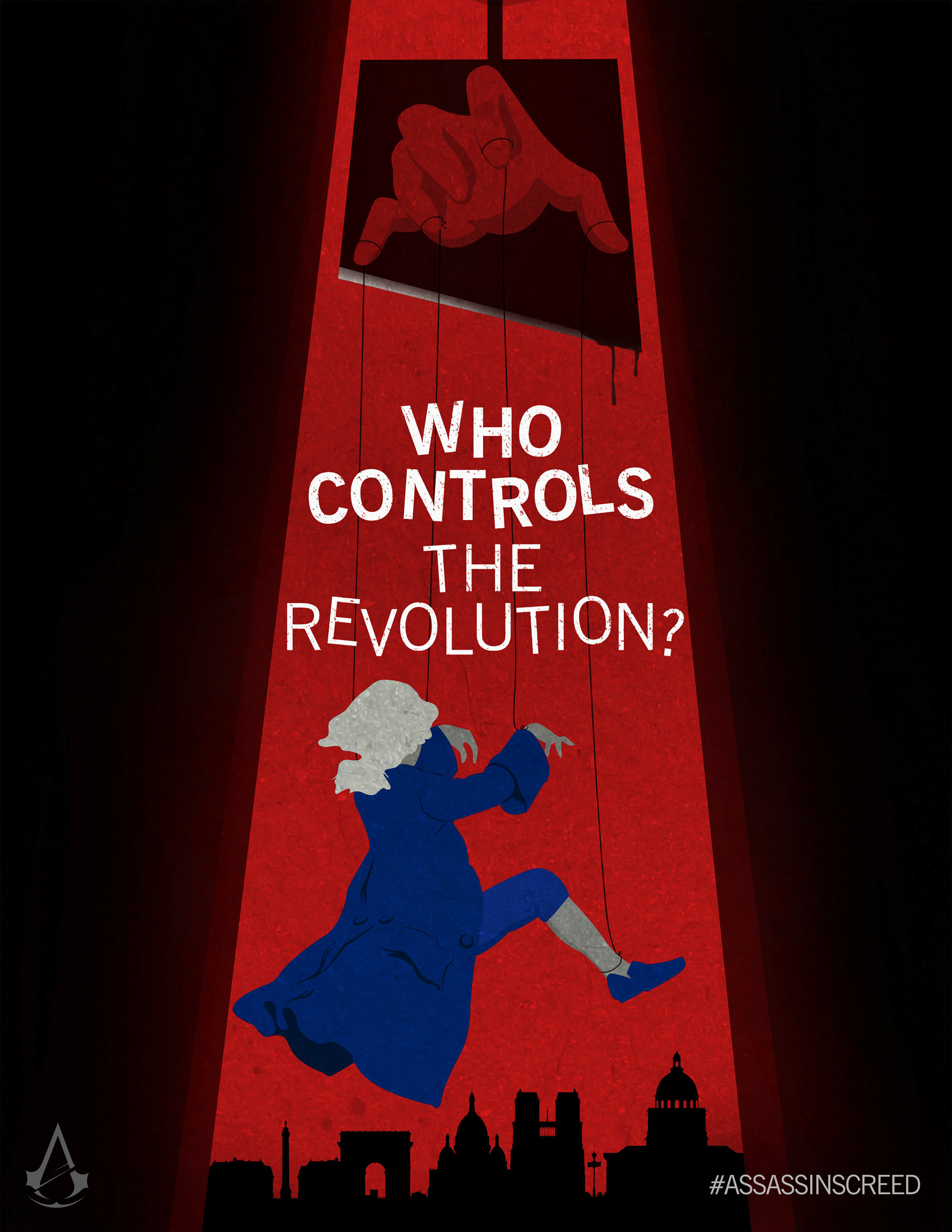 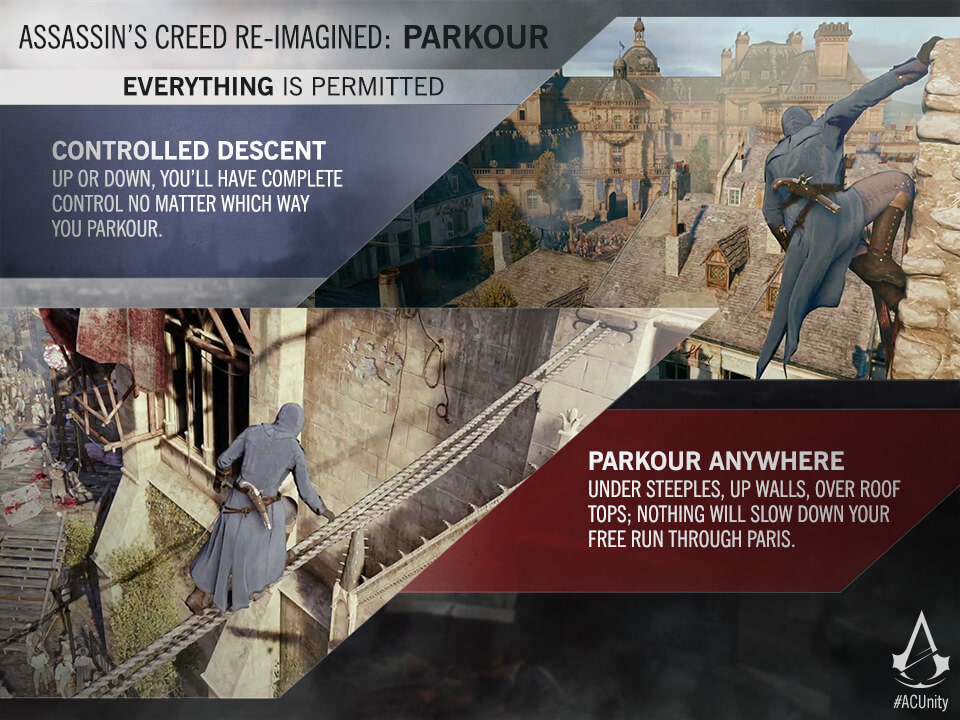 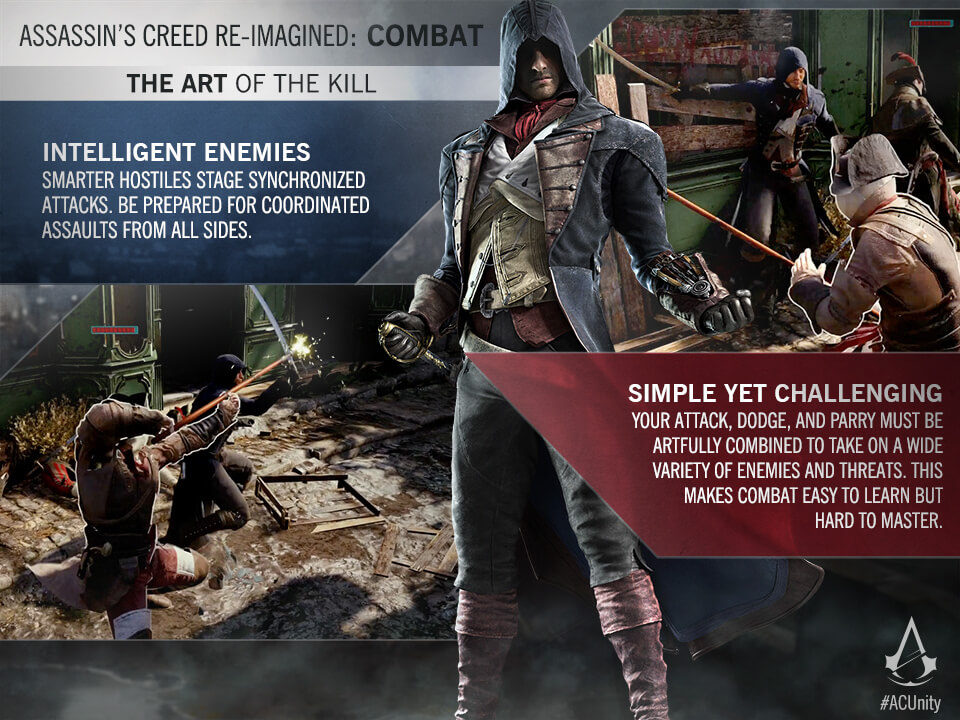 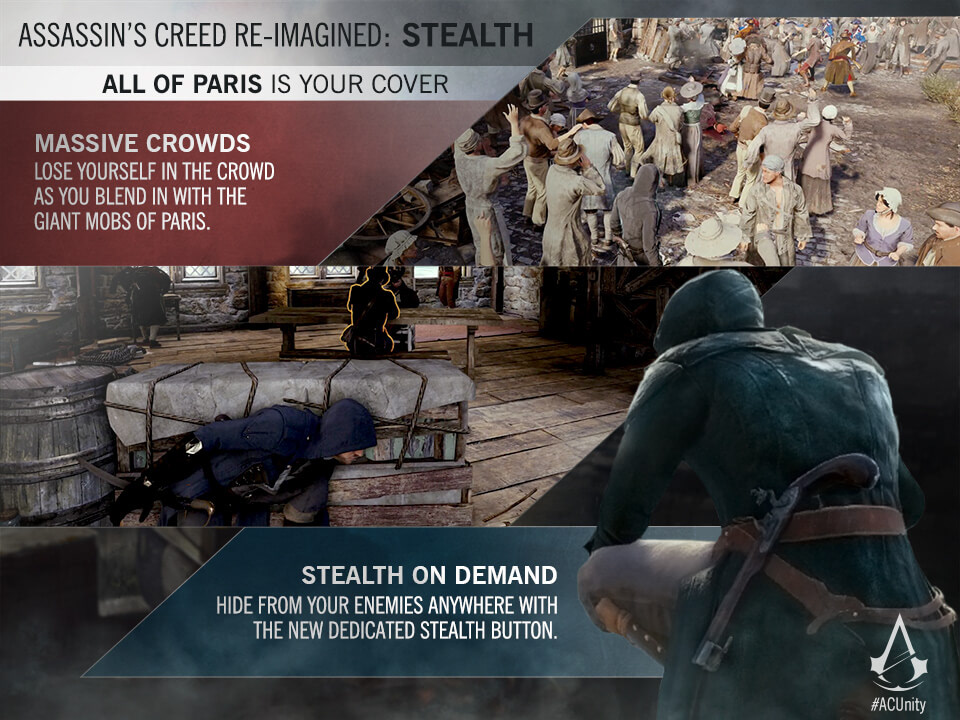 MEASURING SUCCESS
A total of eight interactive chapters and over 150 social assets were created.
These generated over 350,000 page views, 12 million impressions across social media, and 250,000 engagements. Assassin’s Creed Unity had the most pre-sale orders and the highest sales figures of any game in the franchise, thanks in large part to this ‘next-gen’ marketing campaign.